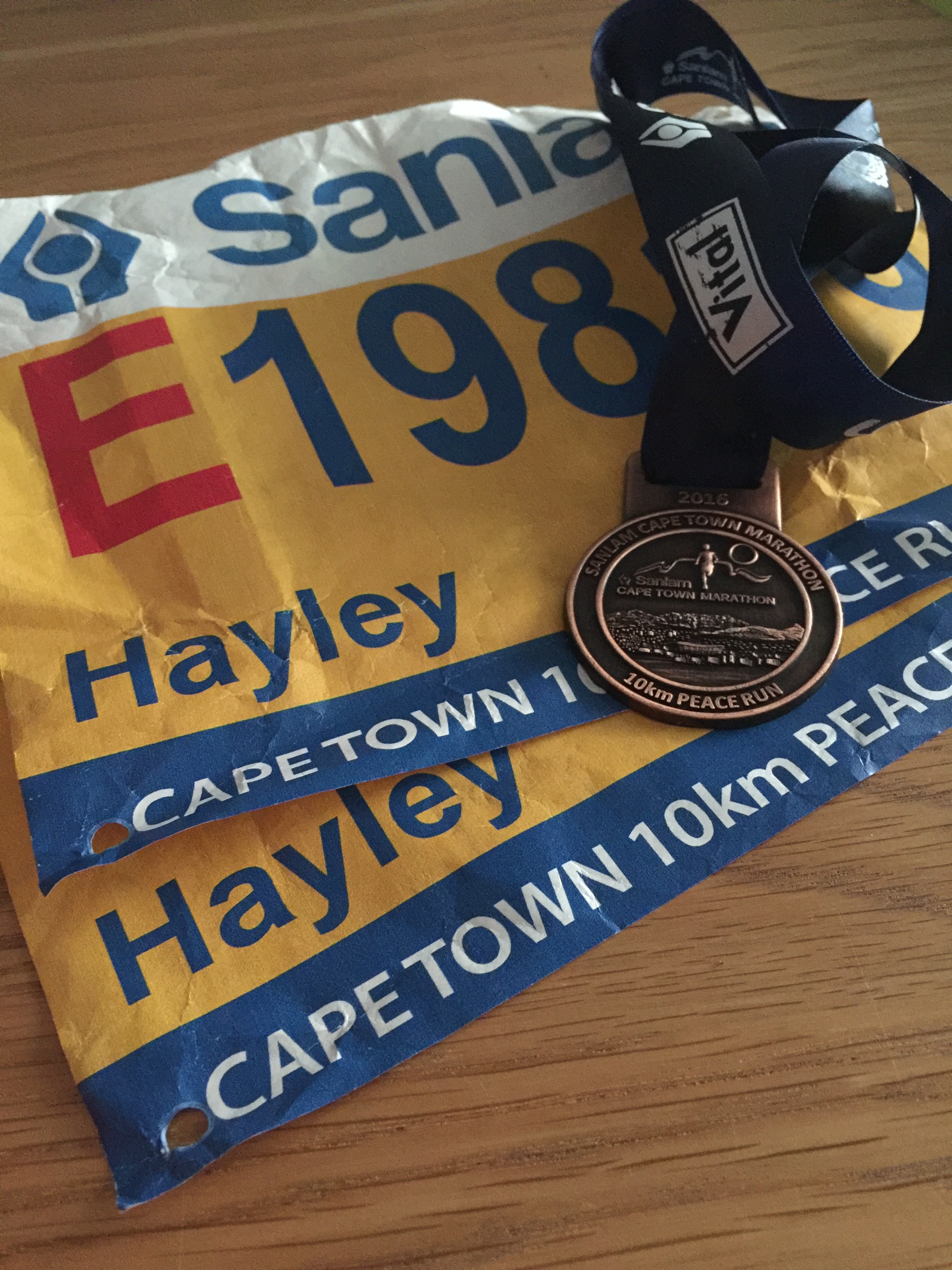 At the beginning of the year, I set a resolution to keep healthy and although I haven’t become an Olympian just yet, I have been keeping active and I do feel a lot fitter than last year this time!

So on Sunday, I ran my first 10 km race ever and it feels so amazing! I am literally still buzzing… The Cape Town 10km Peace Run was really awesome. I’m glad I did it and I really enjoyed it.

I run here and there but no serious runner at all, so in preparation of the big 10km, I started doing ParkRun‘s for the last 4 weeks or so. The parkruns are only 5km but it was my way of getting some sort of experience on the road, instead of just running on the treadmill. Since running the parkrun’s I literally can’t do the treadmill anymore. It’s too boring and I get tired quicker for some reason. With each parkrun, my time improves and it’s a really awesome feeling beating that previous personal best.

My goal for the Peace Run was to run the 5km which I knew I could do and then just walk/jog the other 5km as best I could. Well, it wasn’t as simple as that. I had to start in the “E” section due to it being my first race and had no previous best time, which is right at the back. We were literally so far back that we didn’t even hear the gun going off. I only crossed the start line about 7 minutes after the start time. The section was also so full that running wasn’t really even possible for the first km or so, but I tried anyway.

Eventually, I could start at a pace and found my rhythm. I comfortably ran until about 6.5 km and then I began to walk in between just to catch my breath. At about the 8km mark, I caught up with my cousin’s wife and we started running together. If it wasn’t for her, I would have probably walked the rest of the race. We cheered each other on and gave it our best all the way to the end. It was really the best feeling ever to cross that finish line!

My body feels good, no aches or pains the next day probably thanks to the lovely leg massage I received after the race.

I must say that the running is becoming addictive and I could easily see myself doing another 10km pretty soon!

Did anybody else run the race on Sunday?